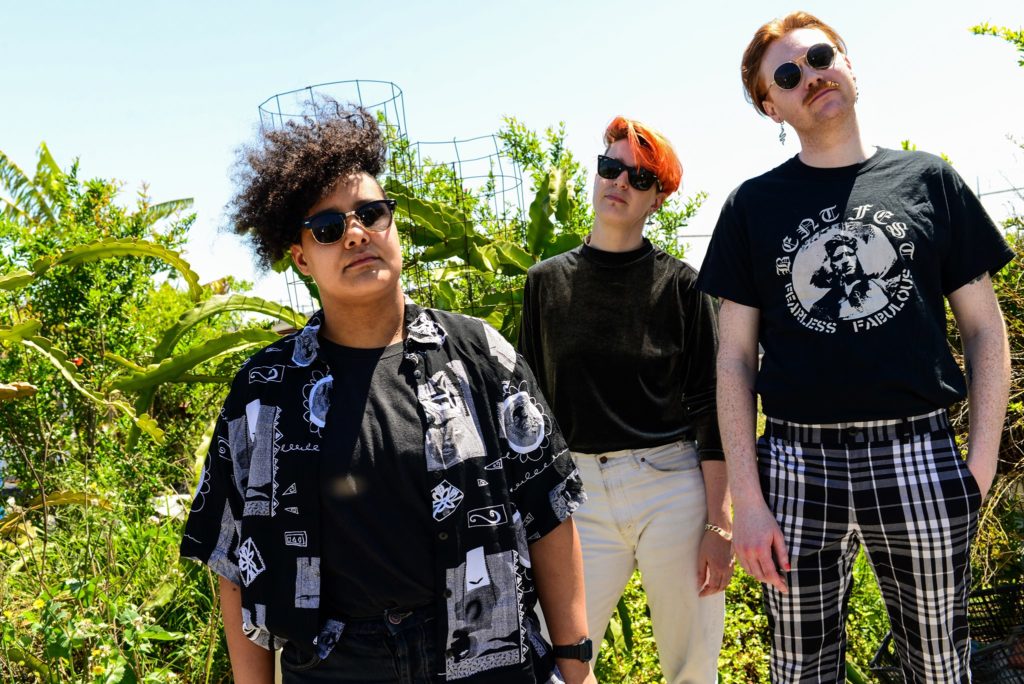 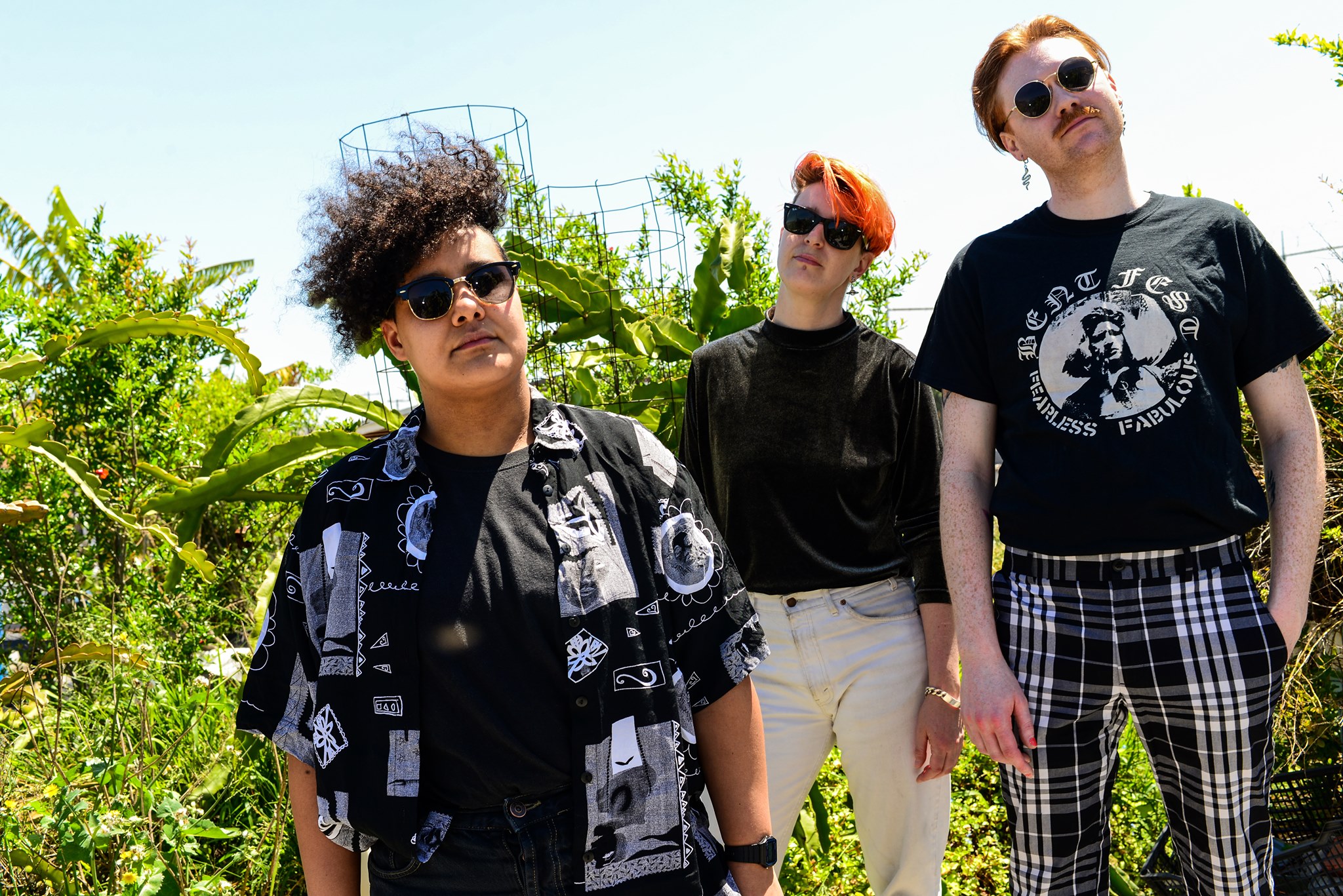 The DIY ‘supergroup’ Shopping formed in 2012, respected players on a young, queer, East London scene that counted basement venue Power Lunches (RIP) as its hub. Their sound – kinetic, minimalist dance-punk inspired by the likes of ESG, Gang of Four, Slits and Au Pairs – has won them glowing press from all quarters (NME, Pitchfork, NPR), impressive co-signs (Sleater-Kinney’s Corin Tucker is a fan) and a loyal, cross-continent following accrued over three, acclaimed albums: self-released debut Consumer Complaints [2013], a short-run, DIY-distributed release that sold out in a matter of months and was subsequently reissued by FatCat; Why Choose [2015, FatCat], which saw the band touring the States for the first time; and The Official Body [2018, FatCat] – produced by indie pop legend Edwyn Collins.

Along with cleaner, new production values, their brand new album „All Or Nothing“ (out on February 7th, 2020 on FatCat) sees Shopping experiment further with the sonic additions that coloured The Official Body. Jubilantly ‘80s synths and electronic percussion add new textures to their signature minimalist dynamic, flourishes that show up on the accelerating zooms of ‘Follow Me’ and the frenetic, propulsive robotics of ‘For Your Pleasure’. “We introduced both of these sounds on the last album and just decided to be more liberal with them this time,” explains Easter. Aggs – feted for her dexterous, Highlife-inspired fret work – went so far as to down guitars for a number of tracks (‘For Your Pleasure’, ‘Follow Me’, ‘Lies’). “It’s been so fun developing quite a specific guitar style within Shopping, but I think we were all getting a little sick of it to be honest! It felt very stale to just have every song be the same formula so I’m glad we did away with the guitar for a few songs.”