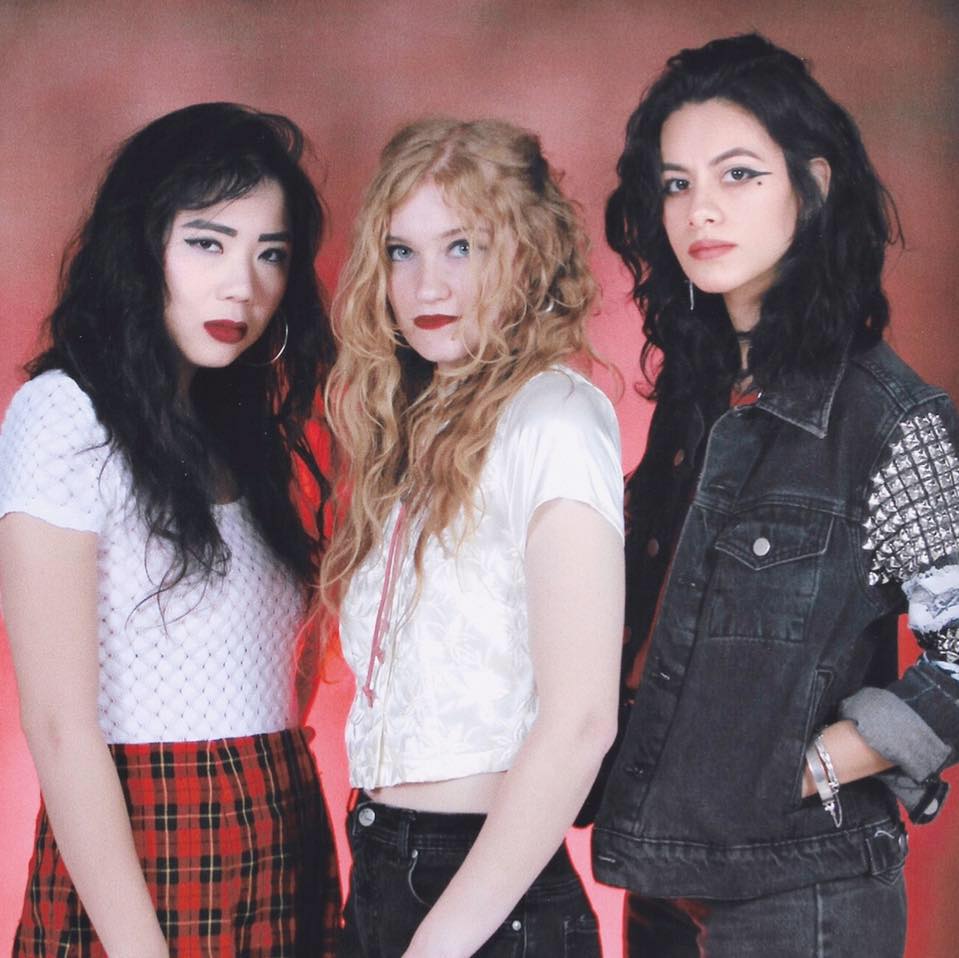 L.A. Witch’s eponymous debut album tapped into the allure of warm nights on the West Coast while hinting at the loneliness and lawlessness of living on the literal periphery of a country founded on a dark past. It felt suited for driving through the desert late at night, broadcasting from some lonesome radio DJ through a low-signal FM station. The three-piece composed of guitarist/vocalist Sade Sanchez, bassist Irita Pai, and drummer Ellie English culled sounds from the outlaws of the warmer climes, whether it was 13th Floor Elevators’ lysergic rock n’ roll, Bakersfield country’s jangling laments, or the cool hand fatalism captured by The Doors on songs like “The End”. It’s an album transmitting subdued revelry while also smirking at the inevitable consequences of the night.

There is no better season for these kinds of songs than the autumn, when the promises of summer have abated and the nights of reckoning grow longer. L.A. Witch seized the moment by revisiting a handful of their early long lost tracks and reshaping them into Octubre, a five-song EP that delves deeper into their darker side. Opener and lead single “Haunting” is a swaggering rumination on heroin, full of big ringing chords, swirling tremolo, and narcotic vocals. It’s more densely layered than anything the band have done in the past, owing in part to the engineering skills of Samuel Shea (Warbly Jets) and the production savvy of Gregg Foreman (Cat Power, Delta 72), but also as a result of the band’s premeditated deviation from bare bones recordings. “Because these are old songs—we don’t play them live anymore but still wanted them to be heard—this was the perfect opportunity to get experimental with sounds and textures,” Sanchez says of the EP. Despite this new studio adventurism, the songs on Octubre stay true to L.A. Witch’s vintage starkness. The obsessive love song “Sleep” still centers on the trio’s economic interplay, but the empty spaces between reverberating chords are filled with woozy whammy-barred guitar, as if tape bleed-through caught the ghost of some forgotten troubadour. The cryptic “BB’s Momma” gets bolstered by organ vibrato in its sultry verses and bombarded by bloody-knuckled piano in its climactic choruses. As the EP culminates with the acoustic ballad “Heart of Darkness” and the instrumental “Outro”, we hear echoes and melodic ether swell in the background, as if the magic conjured by L.A. Witch is beginning to take on a life of its own.

Octubre may be a record about unhealthy infatuations and debilitating love, but it’s also an inadvertent statement on the past and permanence. Offered to the world as a surprise digital release, it might suggest a kind of ephemera, but the underlying motive is to reinvent and bring a new life to these seminal songs from the band’s early years. Reimagined and reshaped, these songs not only represent the band’s beginnings but also serve as a teaser for the band’s future output. Suicide Squeeze Records is proud to offer up these songs to world digitally on November 2, 2018 and anticipate vinyl and CD editions sometime in 2019.