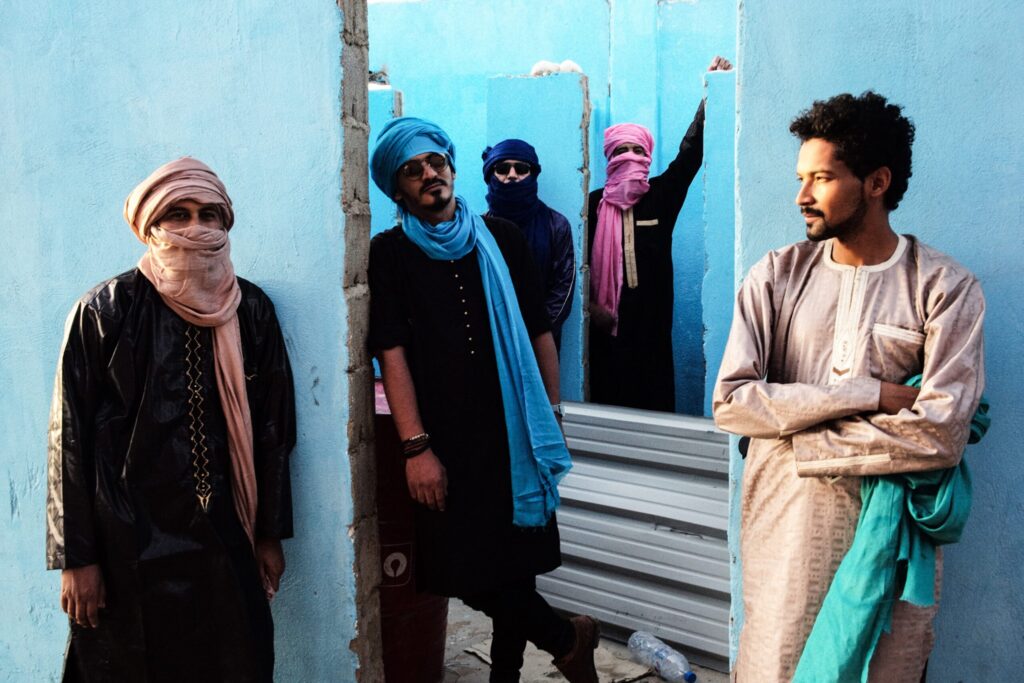 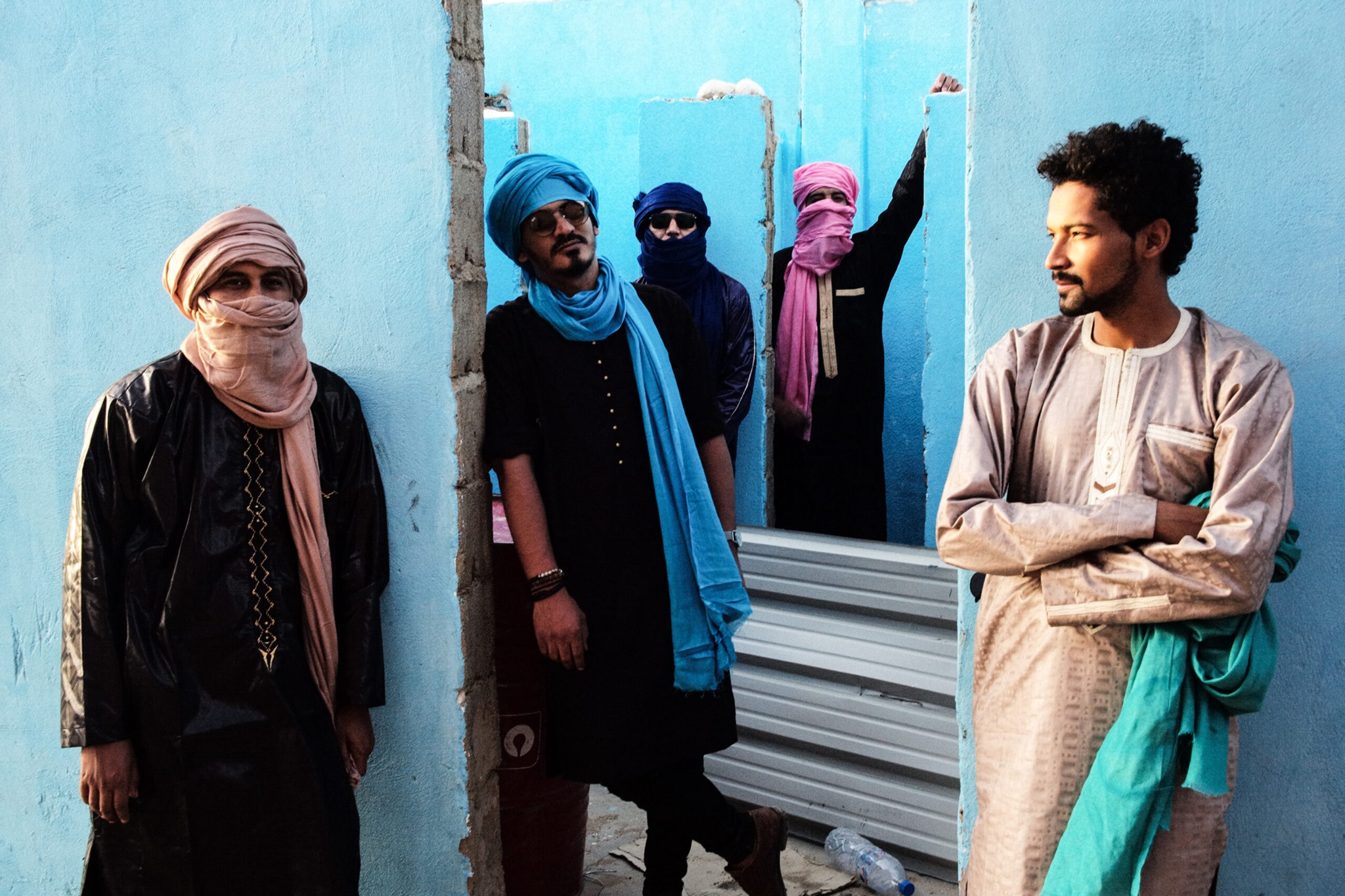 SOLD OUT, no tickets at the door!

2G+ (proof of full vaccination or recovery plus an official negative rapid test result that is less than 24hrs old, no exceptions for boostered people).

For 15 years the Tuareg culture and music has been fascinating the world. Their quasi-sacred poetic songs inspire western songwriters like José Gonzales or Kurt Vile, while the virtuosity of their guitar playing fascinates guitar heroes like Jimmy Page, and finally the spirituality and meditative hypnotism impresses electronic music producers like Four Tet.

In two albums, Imarhan have become an emblem of the new Tuareg generation, breathing a new wind into the Assouf, the desert blues. When most of current Tuareg productions are exiled to the United States, the quintet led by Sadam is part of their culture, their city, the capital of the Tuareg people and open doors to the desert. By building their own studio in Tamanrasset in the middle of the Hoggar, Aboogi, Imarhan becomes the spokesmen of the young Tuareg lost generation forgotten by the governments of the area.

With this third album Aboogi, Imarhan manipulates the rites and ancestrality of the Tuaregs. By inviting the legendary Japonais (too soon deceased) and the musician and storyteller Abdallah Ag Alhousseyni of Tinariwen, Imarhan wants to unite. When they record with the Welsh Gruff Rhys of Super Furry Animals, their brilliant and universal songwriting takes all its sense. By inviting the Sudanese singer Sulafa Elyas, we understand that Imarhan is open to all Africa, defenders of the Tuaregs but above all spokespersons of the new African generation.