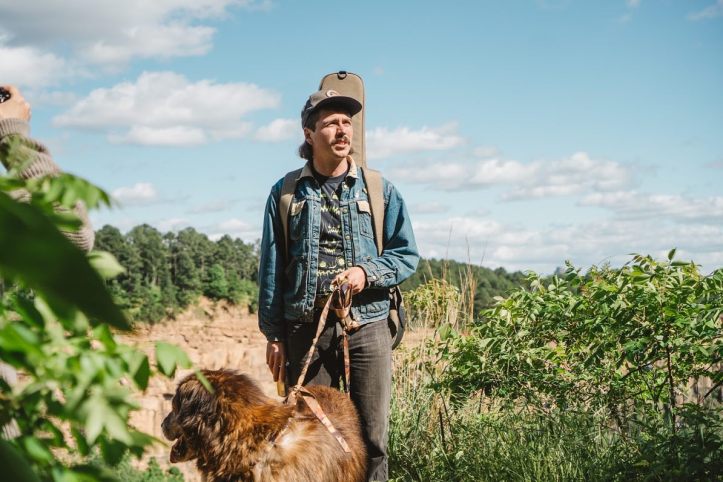 With music featured in a CR Fashion short film starring Kim Kardashian, Cher and Naomi Campbell as well as the 2020 independent film ‘One of These Days’.

Here to put the „Try“ in country, Nick Shoulders and the gang bring you ‚Okay, Crawdad.“, the fledgling full length album by the New Orleans based ethereal honky tonkers, recorded live to tape and firmly below sea level. Wielding a distinct warbling yodel and masterful whistle crafted from a lifetime chasing lizards through the Ozark hills, Nick combines his family’s deep ties to southern traditional music with years singing to empty street corners to create this hybridized form of raucous country music: born of some dark holler, yet bred to be sweated out and stomped into the New Orleans dancefloors it now calls home. A cry out against the withering void of listless Americana, ‚Okay, Crawdad.‘ is a two-step laden dose of indignation, loss and profound elation; inspired as much by the chaos and decadence of south Louisiana as it is the rural sounds of yesteryear from which it sprang. Embracing the mania of the podunk zeitgeist, Nick Shoulders is a compulsive crooner and working illustrator with a voice shaped by echoes off of rocky forgotten places; but a wit honed by the strained reality of the 21st century South. ‚Okay, Crawdad.“ is the country record you never knew you needed.